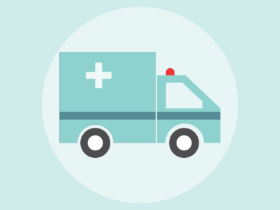 It is challenging enough to settle into a new lifestyle in a new country and to do so without cultural appropriation might sound next level. The one thing we’d be doing much more frequently after moving to Germany would be dining out with friends, family, colleagues, or even by oneself. Not just because it is easier on some days, but because it is an integral part of the German culture. And to do so might seem a little perplexing without being familiar with the atmosphere. So, here is a brief guide to some key points to familiarise yourself with the meals and manners of dining in Germany.

Breakfast is one of the most crucial meals of the day and very popular among Germans. The breakfast staples mostly include – warm beverages such as coffee, tea, hot cocoa, or a simple glass of juice (Saft). Slices of fresh, crusty, or toasted bread (Brot) or bread rolls (Brötchen) with various spreads and toppings such as Butter & Marmalade. Some might prefer Quark mit Schnittlauch (a type of curd cheese), Wurst (sausage), and Käse (cheese) on top of the bread and boiled egg (Ei). Cereals such as oat flakes or Müsli (Muesli) are also quite popular when mixed with Joghurt (yogurt) or Milch (milk) and topped with fresh fruits.

Eating a snack between meals is quite a tradition in Germany and is actually encouraged to prevent overeating at lunch and dinner. Pausenbrot (recess sandwich) and Zweites Frühstück (second breakfast) mostly consist of small sandwiches, fruits, some yogurt, or a müsli bar.

Conventional lunch meals in Germany will always have some accompaniment of potato such as Salzkartoffeln (boiled), Knödel (dumplings), Bratkartoffeln (fried potatoes), Krokette (croquettes), Kartoffelpüree (mashed potatoes) and, of course, Pommes Frites (french fries) in dishes like Kartoffelsalat mit Würstchen or Frikadellen (potato salad with sausage or meatballs), Spätzle mit Geschnetzeltem (Spätzle noodles with stir-fried pork strips), Schnitzel mit Buttergemüse (Schnitzel with buttered vegetables) or Fischstäbchen mit Kartoffelpüree (Fish sticks with mashed potato). Meat is quite popular in Germany and a list of most popular meat dishes can be found here.

This is a late afternoon to evening break of a rich German coffee or tea accompanied with bakery items such as a Mohnstückchen (poppy seed pastry) or Apfeltasche (an apple-filled pastry pocket) or a slice of favorite cakes. You can find the most delectable german delicacies listed here.

Dinner consists of a selection of whole-grain bread, cheeses, deli meats, and sausages, with mustard and pickles. This is accompanied by a salad and/or soup, depending on the season. Mostly a glass of juice (Saft) or water is usually the beverage of choice for young people. For adults, it would be a pint of beer or a glass of wine instead.

In contrast to the west, German restaurants generally do not offer a host to seat you until you are going in with a reservation or it is a particularly high-end restaurant. It is completely natural to simply find an unoccupied table and seat yourself.

At bars, cafes, or in crowded restaurants, it is perfectly acceptable to share a table with strangers. You just have to ask, “Ist hier noch frei?” (Is this seat vacant?), and go ahead if they approve.

In case you want tap water you will have to specify that you would rather have “Leitungswasser”. Please keep in mind, it is not customary to serve tap water in Germany as asking for tap water is considered impolite.

While ordering your drinks you will also need to ask for ice cubes separately.

But since you’re in Germany, you will observe most people ordering their beers instead of water. A polite and right way to order is somewhat along the lines of – “Ich hätt’ gern einen halben Liter Hefeweizen, bitte” that translates to I’d like a half litre of Hefeweizen, please. It is important to mention the kind of beer and the size you want because beer has its own variety in all parts of Germany – from local to global and what you find in one place might not be available in other places. Most of the time, small beer is about a third of a litre and a large is half a litre.

If you’re in for a formal lunch/dinner party or eating and drinking in a group, wait until someone says “Guten Appetit” or wants to “anstossen“(say “cheers”). When you do ‘cheers’ around the table, it is essential to look at each person in the eye as you clink glasses as otherwise is deemed rude in European culture. During festive dinners with friends, it is quite common that the host or guest holds a small speech, congratulating or toasting.

You would notice that German restaurants are a great deal quieter in comparison to other countries, no matter, if you’re in casual or fine dining restaurants as loud conversations and noises during the meal, are frowned upon.

Takeaway of leftovers is not that usual in Germany so your waiter or waitress might be surprised if you ask for it.

With the exception of larger cities, cash is still a popular mode of payment for German restaurants. Credit cards will be accepted in the majority of restaurants and waiters will come to the table with a card machine to swipe your credit card, but it is always recommended to bring cash with you unless you’re aware of their payment services.

You may find that your waiter/waitress will remain at the table while you pay because you need to make sure to let them know how much tip you want to leave.

These are some general and typical observations about how food is served and eaten in Germany. But of course, there are always fast food joints where you can enjoy most comfort foods like burgers, pizza, and fries from well-known chains such as McDonald’s, Burger King, and Pizza Hut without much ado about traditional approaches.

Join our Telegram group if you have any further questions

4 Ultimate ways to settle in Germany